And so it begins.

The birth of a new phase in my clinical journey that has thus far brought me great joy. Being in private practice these past ten years has not felt like work to me because of the amazing women who have so openly shared their pain, their limiting beliefs, and their bravery in moving beyond their pasts to live life with creativity and intention.

This transition in my work life reminds me of the time I said goodbye to my son many years ago, as he hesitantly moved into his very first preschool classroom with his little classmates who would become his first friends. It was a joy to see his world open up to include new experiences and new growth through learning. I could feel in myself a pull towards longing to keep life the same with him, but a co awareness as his mother that it was time to nurture his movement out into the world a little, so that he could explore new facets of who he was, beyond my protective presence.

As my private practice has hummed along these past years, I have become aware of those same familiar stirrings, those same longings to keep my work life the same because it has been so enjoyable and meaningful for me (and I believe for my clients as well), but also a burgeoning awareness that it might be time to move this “child” of mine into a new realm. It has become clear in the literature, that talk therapy is best enhanced by “in the body” movement, to facilitate and nurture healing and significant changes in the brain. I have experienced a growing restlessness and feeling constrained by the traditional talk therapy paradigm that is heavily controlled and some would say oppressed by insurance companies dictates.

And so my private coastal retreat has been lovingly planned for months and months and is ready to be guided out into the world, to draw discerning women who, on a deep level, recognize that there are realms within them that need to be freed so that they can live with the greatest joy and freedom possible during this precious lifetime that we are all given. Material things only sustain us with passing pleasure, but there are some investments that continue to nurture and fuel our unfolding as souls, possibly for the rest of our lives. I am hoping that my coastal retreat will be one such investment. 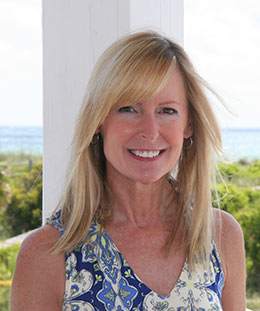